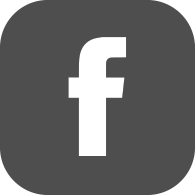 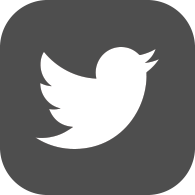 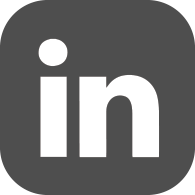 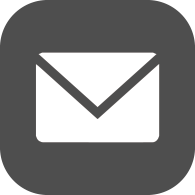 Exploring All Sides of a Heated Local Issue

When Syar Industries proposed to expand their quarry and further encroach into Skyline Wilderness Park in Napa, news sources were quick to cover the issuing debate — and so were a group of local high school students.

Christie Wolf, a teacher at Napa New Tech High school, was intrigued after reading an article in the Napa Valley Register on the controversial Syar debate. Recognizing an excellent learning opportunity, she designed a project around the heated issue.

Students in her Environmental Science class began by tackling the driving questions: what are the stakeholders’ positions on the expansion, who do you side with, and why? Working in small groups, students were assigned to represent a specific stakeholder and would later present their argument at a simulated public hearing.

“Some people took the point of view of homeowners or construction workers. We all had to build up a valid point and create an argument as to why a particular group should win the debate.”

In addition to the key stakeholders, there was another group known as the ‘moderators.’

“They were basically people who weren’t biased to either one of the groups,” explained Pedro, who was a member of the moderator group.

“We talked to every single group to see what their perspective was, and then we came up with a better idea that we thought would fit everyone. It was really hard to incorporate everyone’s ideas, every different group, but I think ultimately we did.”

To provide resources for her students, Mrs. Wolf requested community members to speak about Skyline Park and the proposed expansion. The response was overwhelmingly supportive — over ten community members from six different organizations, including the Napa Water Conservation Board, Friends of the Napa River, and SYAR, offered to present to the class or take them on a research field trip to the park.

“The students felt respected and empowered, knowing these community members came out to speak with them about the issue and hear what they had to say,” Mrs. Wolf reported.

“We’re here at school, but then they bring us into the real world,” said Pedro.

“It actually connects to the real world. It’s not some hypothetical project. It’s something that’s actually happening, an actual conflict in our community that we can have a voice in.” Daisy, New Tech Student

“I came from a traditional classroom. We used the same old textbook every year and we didn’t really get new information on what was going on now. Project-based learning brings you up to date… It really connects you and makes you feel like you actually learned and took away something.”

Project assignments were carefully crafted to guide students as they worked to address the driving questions. Students were required to utilize a number of skills, including researching local wildlife species, drawing land use maps, and developing professional presentations.

Learning outside of the box

But learning was not confined strictly to the classroom, noted Daisy.

“Going out and reaching out to people and finding information from those people, not just looking a few things up on the Internet or looking through a textbook brings the real world into the project.”

Looking at the detailed topographical maps created by students, one might think they were preparing for an actual public hearing for the proposed expansion. And while many of the real stakeholders would be in attendance at the final presentation, the presenters were New Tech High students, engaged in an amazing, real-world environmental science project.

The “Napa Land Use Project” culminated with the students presenting to the Napa Water Conservation Board, a major governing entity for the Syar Expansion Proposition. In the audience were also Syar representatives, and a large audience of parents, community members, and representatives for other stakeholders.

The Water Conservation Board was greatly impressed by their presentations, with one community stakeholder enthusiastically interjecting, “You’re hired!”

Over the course of the project, students learned a variety of relevant information and applicable skills. From ecology to public policy, students were engaged in an issue that was relevant to their community with real-world implications.

“You meet new people, you find out how to deal with more difficult people, you find out who you work well with, and you can really connect it back to the real world,” said Daisy. “I especially liked this project because we got to see a real issue going on and hear real people’s opinions.”

“It made me understand how real people have to solve different problems,” Nicole, New Tech Student

Perhaps the most valuable lesson of this project though, was demonstrating to students that they have a voice in their community.

Reflecting on the impact this project had on him, Pedro confidently stated,

Since 2010 NapaLearns has invested $3.5 million in scaling project-based learning and the NewTech Network model to 13 schools in Napa County. Project-based learning (PBL) helps students of all levels to practice their individual creativity, and to develop the communication, collaboration, and critical thinking skills they will need in a knowledge-based, highly technological society. PBL enables students to learn core content while completing highly engaging projects.